Can You Use A Kayak As A Paddleboard?

Reasons Why You Cannot Use a Kayak as a Paddleboard

When it comes to stability, both paddleboards and kayaks generally do pretty well. However, paddleboards tend to have more stability because they are built wider and flatter than a kayak so that a person can comfortably stand and paddle without the worry of falling in. Which means there is less shakiness as the paddleboard gets into slightly rougher water, and you will have an easier time keeping your balance.

On the other hand, a kayak will capsize more easily because it is designed for a person sitting down. Because of this it has a narrow body and is very unstable to stand on.

As you know, kayaks are not meant for standing. They’re designed specifically for the person to remain seated, and if want to attempt to stand on a kayak as you would do on a paddleboard, this would leave you with nowhere to comfortably stand.

Converting a Your Paddleboard Into a Kayak

While the answer to the question “can you use a kayak as a paddleboard?” is a hard no, you can, however, convert some paddleboards into a kayaks.

If you own a plastic paddleboard with just a few relatively easy modifications you can have a paddleboard/kayak hybrid of your very own. The reason plastic is recommended is that you really don’t want to drill into more expensive materials. Here’s what you need to know in order to convert your paddleboard into a paddleboard/kayak combo.

The first thing you should get won’t necessitate making any modifications to your paddleboard. It’s a kayak paddle. Sometimes people rather a breakdown kayak paddle for their paddleboard/kayak. The reason for this is that two halves of a kayak paddle are less difficult to stand up paddleboard with when they are correctly attached.

You have two options to choose from for a kayaking seat meant for an SUP. There’s the traditional lower back band, which, let’s be honest here, is basically a back support. If you make this choice it only necessitates installing one set of loops or cleats on the deck of the SUP. The rear band hooks onto each side and gives back support when you lean on it.

Your other choice is to select a full kayak seat that comes with a padded bottom and a much higher backrest. No questions that these seats are more relaxing. All it takes is four loops or cleats joined to two points of attachment fixed to the deck of the SUP.

When mounting the kayak seat to the deck of the SUP, make sure the SUP is laying flat on the water or with the tip only slighted up. That’s how it should be for you to install the kayak seat.

Read the directions that come with the installation kit for the kayak seat to make sure that you do this correctly.

If you’re paddling your SUP in a standing up position, you need to keep in mind that you will be eventually changing over to kayaking and will require a way of carrying your kayak paddle. A good idea for this situation is to get two sea kayaking paddle holders and install them one on each side of the board, placing them to the rear if possible, and to clip in each separate half of the paddle.

With that finished you will now have the capability to kayak or paddleboard while using the same vessel. That’s what a paddleboard/hybrid does.

There are many benefits to converting your paddleboard into a paddleboard/kayak hybrid. One is the fact that it allows you to still have the large deck and balance that comes with a SUP along with the paddling action of a kayak.

Yet another advantage is that you will be able to surface just as you could with a kayak, but now you’ll have more speed and agility than before. In fact, the difference is pretty impressive.

Actually, you’ll be able to enjoy having the options of kayaking and paddle boarding right at your fingertips. Plus, you’ll know that you saved the expense of having to purchase both a paddleboard and a kayak if you truly love both water sports. Now you are free to stay out on the water as long as you like with your new hybrid. Who knows? You may never come in at all you’ll be having so much fun!

Can I Use A Windsurf Board As A Paddleboard?

Do You Need A Wetsuit For Paddleboarding?

How To Clean A Stand Up Paddle Board

How To Hold A Paddle Board Paddle

How To Pack An Inflatable Paddle Board

How To Improve Balance For Paddle Boarding

What To Wear While Paddleboarding

How To Paddle Board With A Baby

How To Become A Paddle Board Instructor

What Does SUP Mean? 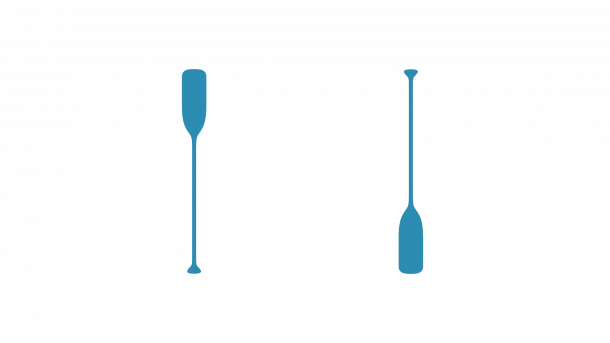 Which Type Of SUP Do You Use?

Let us know a little about your SUP and join our newsletter to help us provide the best SUP content online.

Thank You For Joining Paddle Board Nation!